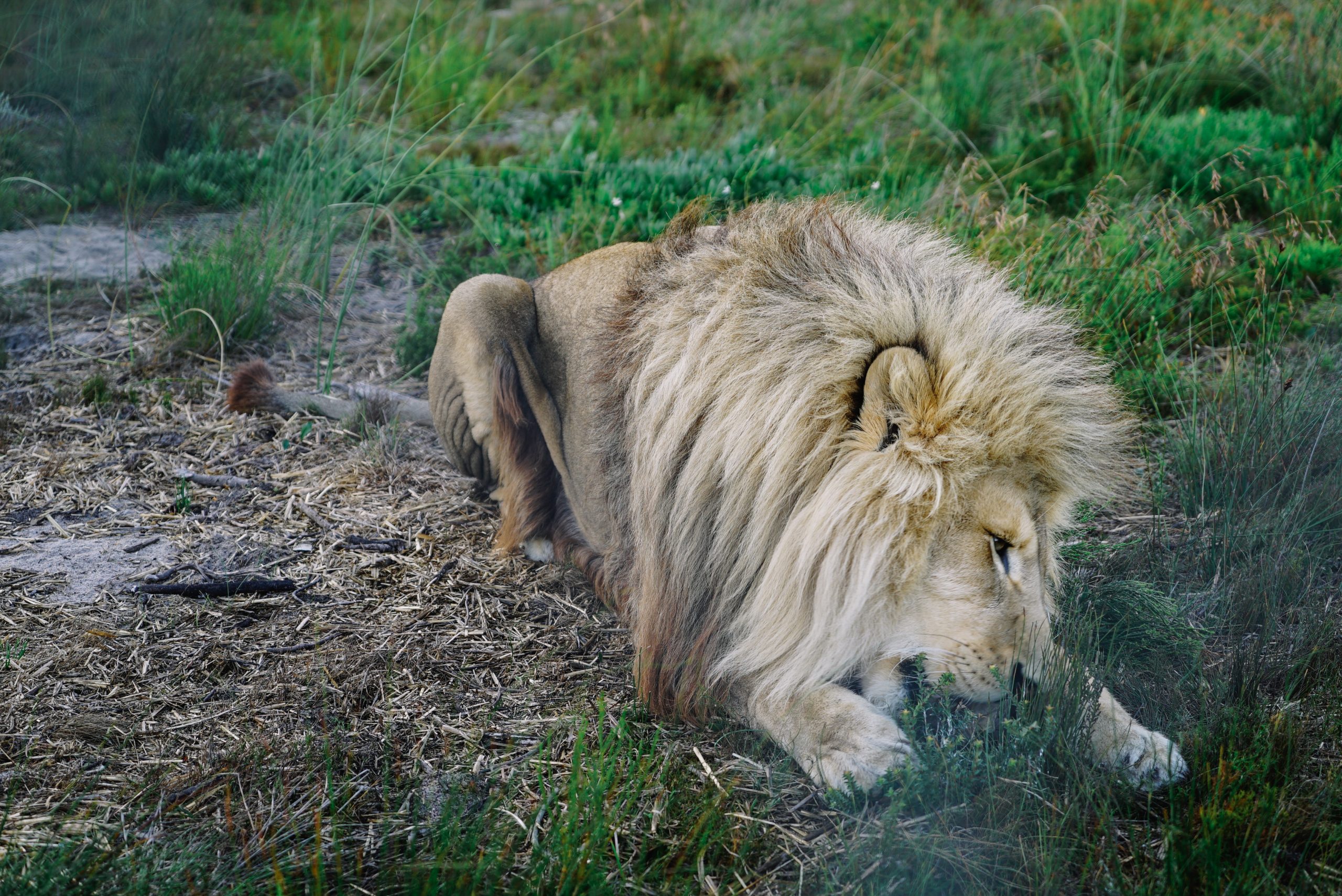 Volunteering at an ethical big cat project in South Africa

We’re proud to work with an ethical big cat sanctuary in South Africa that genuinely practises animal welfare and takes care of their lions, leopards, tigers, cheetahs, caracals and jackals in a holistic manner. Here’s why ethics are important in big cat projects, and what volunteers can expect from getting involved.

The issues around unethical lion breeding

Big cats are under threat, with the lion population of Africa decreasing from 200,000 to 20,000 in the last century. Most of the projects in South Africa argue that this is one of the main reasons why they breed lions. Unfortunately, the reality is often very different and there is a growing international realisation that many of these initiatives are breeding for profit, rather than genuinely conserving the King of Africa.

Importantly, volunteer projects and tourist attractions that offer interaction with lion cubs are primarily working with cubs who have been taken away from their mothers, even though the mothers would have been able to take care of them. In general, big cat breeding programmes often involve too much human contact for the cats to ever be able to survive in the wild in the future. Breeding and volunteer programmes that allow young cubs to be handled, cuddled or fed by hand are dramatically reducing the chance of survival for these big cats in the wild when they’re older.

Lion breeding programmes often state lions are bred for improving genepools, protecting the species and releasing them into the wild. Unfortunately this often isn’t true. In reality, these lions can be mass bred up to three times a year, cubs are taken away for the sole purpose of becoming volunteer or tourist attractions, and they’re also used for further income generation opportunities, such as walking with lion experiences. Later, these lions often end up back into the breeding cycle, or are victims of canned hunting (trophy hunting where animals essentially cannot escape from a confined area) or the animal bone trade.

The new book ‘Cuddle me, Kill me’ by Richard Peirce offers a compelling account of the issues related to captive breeding and canned hunting in South Africa. The wildlife author visited all projects across South Africa – from the best sanctuaries to the worst breeding projects operating under ‘wildlife sanctuary’ labels – revealing the truth about the practices going on behind the scenes. Some breeders argue that they’re helping conserve wild big cat populations by breeding animals specifically for canned hunting. Yet the wild lion population has decreased by a staggering 80% over the last 20 years. The figures clearly don’t add up.

Helping big cats ethically: what to look out for

Anyone thinking about volunteering with big cats should do their homework to find out about the practices of a particular project.

Avoid wildlife sanctuaries that allow any physical interaction, whether cuddling cubs or walking with lions. Organisers of these programmes will argue it’s a way for them to raise funds to help their initiative continue running, but this very practice is hindering the hopes of survival for their animals.

Also find out if cubs at a wildlife reserve are reared by animals or humans. Occasionally cubs are orphaned or have serious health problems early on in life, so legitimate sanctuaries step in to ensure a young animal’s survival. However, hand-rearing animals as a matter of course is not ethical.

Look into what a big cat project does with its animals as they grow older. Sanctuaries actively hand-rearing big cats aren’t doing so to release them into the wild – and more often than not they’ll be heading to canned hunting reserves or will be killed for their bones. Also ask if a project sells or trades animals and exactly where their animals end up.

To be 100% sure you are supporting the right project, there are three main rules. Ensure there is:

What to expect from Travel to Grow’s big cat project

Our big cat volunteering project is home to an array of lions, leopards, cheetahs, tigers, caracals and jackals. These are animals that were captive bred elsewhere and so cannot be released into the wild. Some were born with serious health problems and only survived at all due to human intervention, in which case they wouldn’t have been able to survive in the wild. Instead, the project is committed to giving the animals as natural an existence as possible. As well as not allowing animal petting or walks with big cats, this project has an active educational programme to spread the word about unethical practices related to big cat breeding.

Volunteers at this project get plenty of hands-on experience – but in the right way. Days involve everything from maintaining enclosures, preparing food and developing enrichment opportunities for the animals. This includes hanging or hiding meat for animals to seek out and introducing objects the animals can use to support agility and play.

Our big cat project is constantly striving to do more to raise awareness about the issues surrounding big cat breeding too. The project is constantly working on giving forever homes to big cats currently being neglected – both in South Africa and worldwide. The project is also working on developing a new centre, specifically to educate young people on how to become ambassadors for a sustainable future, combining aspects of wildlife, nature and humanity. It’s vital people become aware of what’s happening in the lion industry in South Africa today. Through knowledge, we can all contribute to protecting wild cats.

Volunteers at our big cat project consistently say how amazing the feeling is of helping a project genuinely committed to giving animals the best lives possible.

“As a volunteer, it’s a minefield – there are so many places that pretend to work for conservation and call themselves a ‘sanctuary’, when in reality so many are part of the canned hunting industry or animal bone trade. I am so grateful my path brought me to this project, where I can say I gave my time to support true animal welfare. I really feel like I was valued and I made a difference to these animals lives…and that’s an INCREDIBLE feeling.”

Love0
Explore the world. Open your mind. Contact us